Mike Strandell’s initial foray into entrepreneurship was an experience likely shared by many.

“I jumped in the deep end not knowing how far the shore was,” said Strandell, a Watertown, S.D. native who has led multiple companies.

He quickly learned to “swim” in the early 2000s, after his initial acquisition of Macurco, a company that specializes in commercial and industrial gas detection. 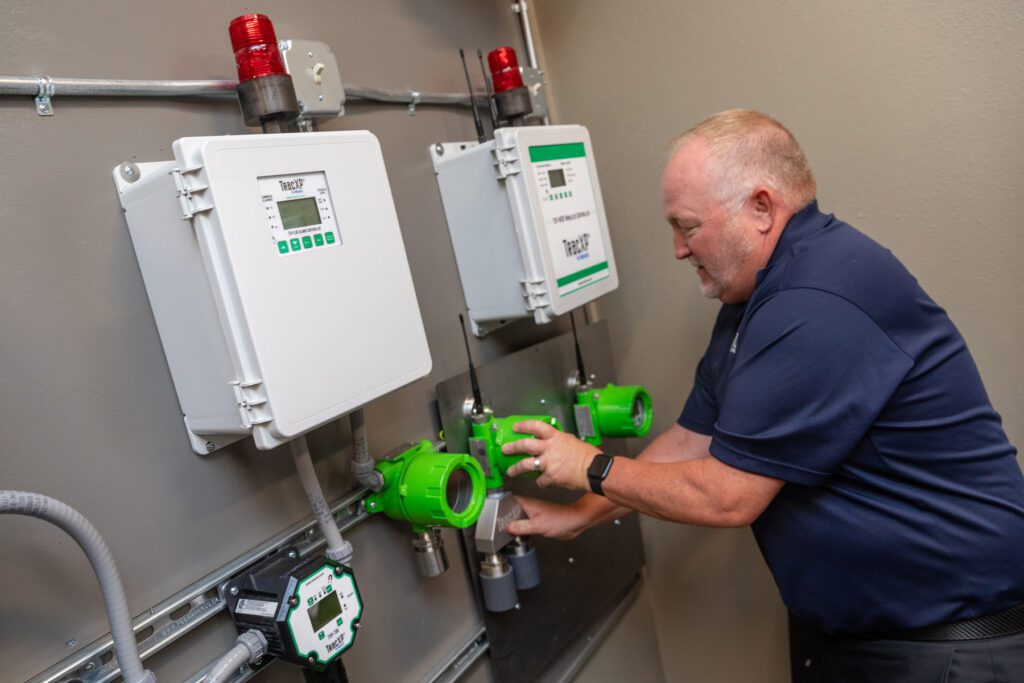 But what might have sounded like a classic successful entrepreneurial exit turned out to be anything but.

“3M moved it to Austin, TX and brought it to an existing factory, but it became secondary to the core business and subsequently wasn’t performing,” Strandell said.

By the end of the decade, he was approaching 3M about buying it back – with the plan to move it back to South Dakota.

“When Jeff said he wanted to come back here, we were all over that,” said Chad Hatch, managing partner of Sioux Falls-based Bird Dog Equity Partners, which invested in the company.

After a lot of research and consulting with state and local economic development leaders, Macurco made the decision to move in 2014. 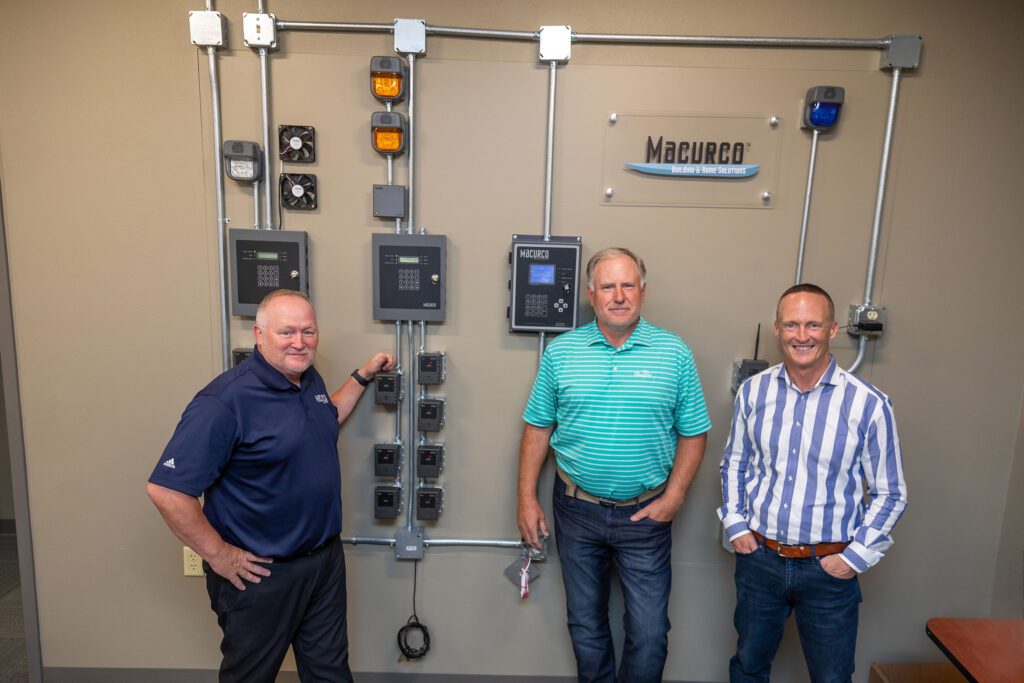 “We became convinced Sioux Falls was the place,” Strandell said.

“We started with a bare bones operation and consequently have grown to almost 30. Our revenues have increased quite substantially, probably five times from when we took it back from 3M, so we couldn’t be happier.”

Macurco primarily sells products designed to control ventilation in confined spaces, such as parking garages and warehouses. In many states, new buildings with parking ramps are required to install natural gas detectors. 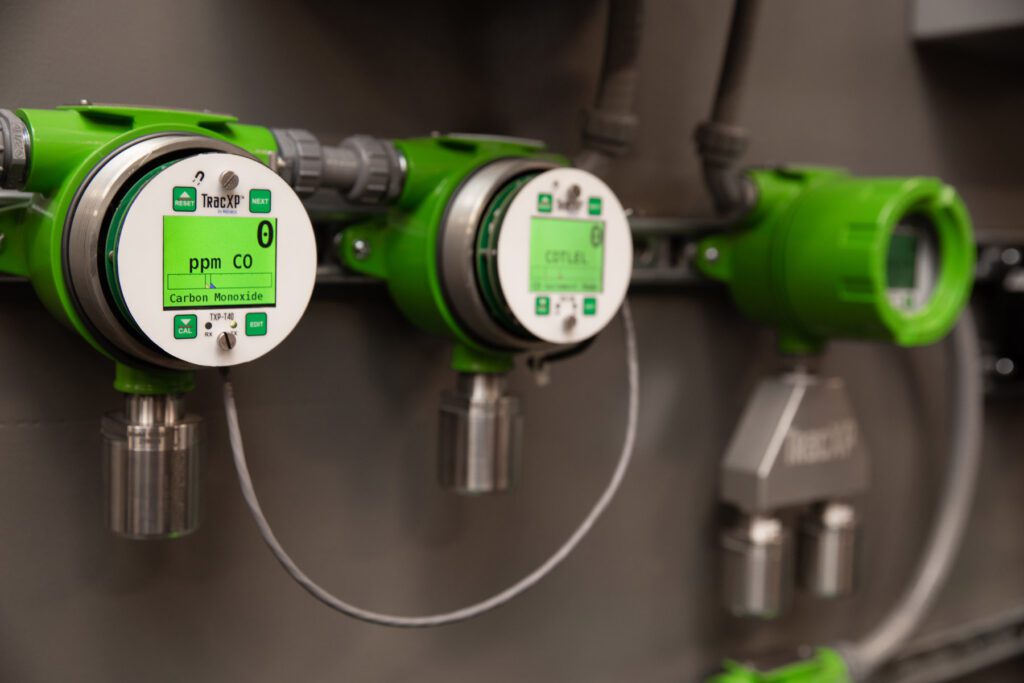 The company also serves the oil and gas market with wearable protection and personal safety, area protection on oil and gas rigs and explosive-proof environments.

“And we are into municipal wastewater treatment plants where they made have different needs for gas detection,” Strandell said. “Our technology covers a great variety of gases.” 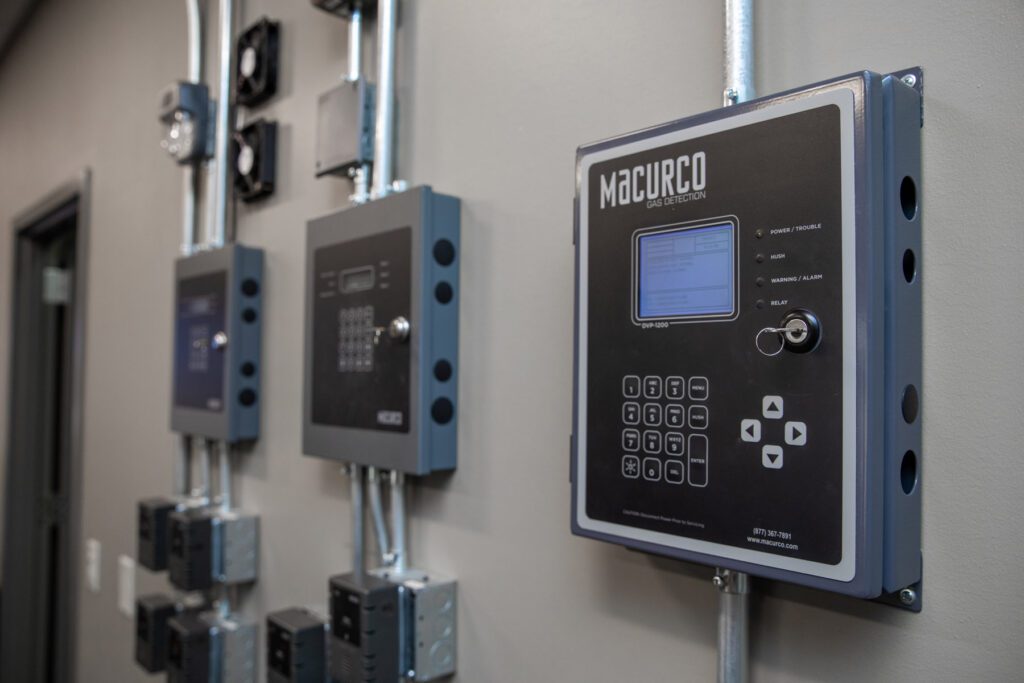 It deliberately decided not to focus on residential markets, so while a major security system chain might include Macurco detection products in its installations, they’re not found on the shelves of major retailers. 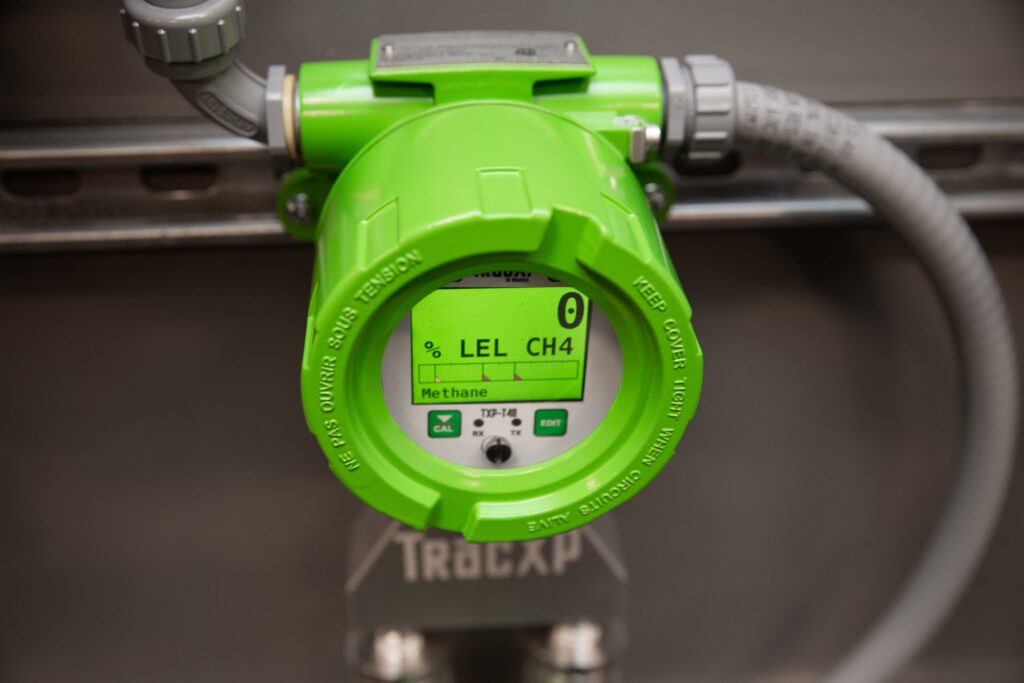 About 15 to 18 percent of the company’s is international, with exports going to Latin America, Mexico, some in South America, “and we do quite a bit into the Middle East, Dubai is a big one, Saudi Arabia a little bit and a little bit into Africa,” said Jeff Christiansen, company president and minority owner, who runs the day-to-day operations.

“We have some clients in Mexico City who have worked with Macurco since the 1990s, and we don’t have a big problem getting things exported out of here. Everyone has been very helpful when we’ve needed them.”

The Sioux Falls operation began in a relatively small 5,000-square-foot building but evolved to double in size in a new facility in 2017 at 3601 N. St. Paul Ave. 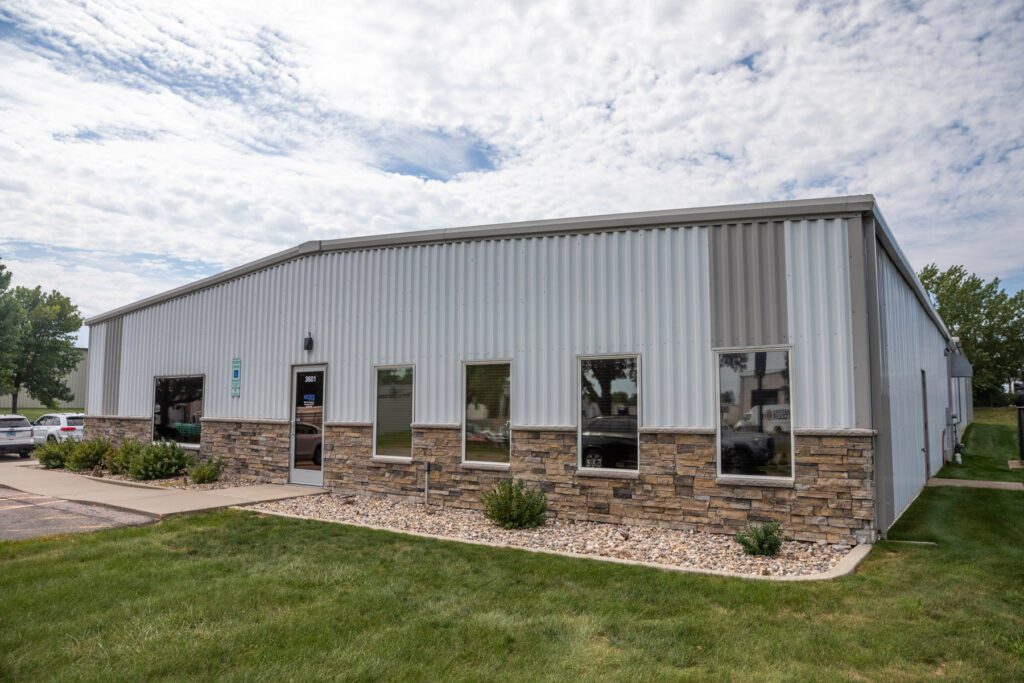 The footprint is bigger than that, though.

“All our spend on supply chain is with ESI (Electronic Systems Inc.) here in town, so they build all our printed circuit boards and we work closely with them,” Christiansen said. 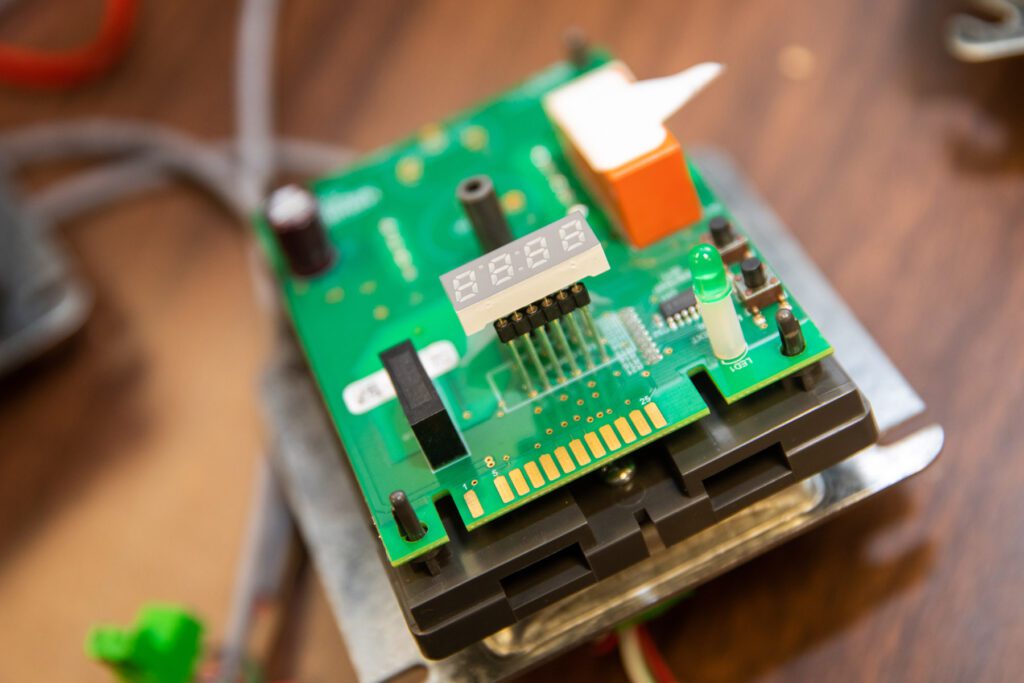 Growth has been tracking about 12 to 15 percent a year, “and we’ve got a healthy bottom line along with it,” Hatch said.

Macurco’s story is a solid example of the kind of success companies find in Sioux Falls, said Dean Dziedzic, vice president of economic development for the Sioux Falls Development Foundation.

“There are just so many layers to it that illustrate why companies enjoy doing business here,” he said. “Here you have a company that moved from Texas, saw significant revenue growth, praises the workforce, works in partnership with another great local business, exports successfully and continues to invest here. We couldn’t be happier for their success.” 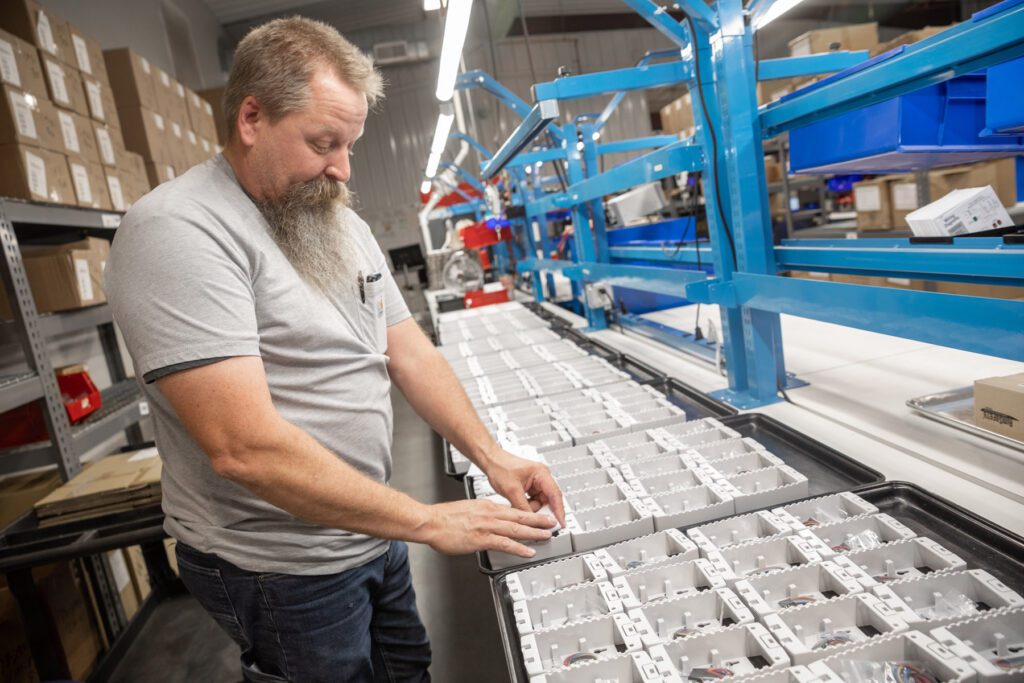 Strandell underscored the value Macurco has found in Sioux Falls too.

“We have quality employees. We have a great workforce. I don’t think we could have made a better choice for where to located the business,” he said.

“And our products are life safety products. We get calls all the time thanking us for having a quality product that actually saved someone’s life. When you reflected on how many hundreds of thousands of products we’ve sold, we’ve affected a lot of lives and I think it’s something to be proud of.” 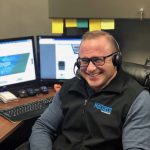 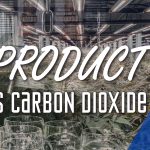