Over the past 50 years, the company’s products, services, technology, and manufacturing practices have progressed dramatically while maintaining a strong focus on superior customer and technical support services.

“From the humble beginning on Mariposa Street in Englewood, CO to St. Paul Ave in Sioux Falls, SD Macurco, has always had three main priorities, to provide a great work environment, build quality gas detection products, and ensure our customers want to call us back. It has been my pleasure to work with so many great people over the years, and I look forward to continuing building Macurco as a premier Gas Detection company,” said Jeffrey Christiansen, Macurco president.

Macurco’s success over the past 50 years has been driven by staying true to its core values; people-focused, accountability, continuous improvement, and passion.

Founded in Englewood, CO, Macurco Inc. began in 1972 as a manufacturer of smoke detectors but quickly moved into the gas detection market after being the first company in the US to utilize a solid-state gas sensor. With over 30 years in the fixed gas detection market, Macurco was acquired in October 2001 by Aerion Technologies, Inc., a group formed by CEO Mike Strandell to buy Macurco from its founder, Jim Currans. Mike continues as CEO to the present day.

Reflecting on our 50th anniversary, Mike commented, “Over the past 20 years, my association with Macurco, its excellent team, and life-saving products has been an honor and a privilege. We look forward to seeing Macurco continue for another 50 years in its mission in “Protecting People and Property.”

After moving headquarters from Englewood to Centennial CO in 2004, Aerion Technologies Inc. acquired AIM, a portable gas detection instrument company for safety applications. In 2006, Aerion Technologies Inc. was acquired by 3M and moved to Austin, Texas. Aerionics Inc. bought back the company in 2012, moved operations to Round Rock, TX, and in 2014 moved to their now permanent location in Sioux Falls, SD.

Macurco Gas Detection is a division of Aerionics Inc. Macurco designs, develops, and manufactures a complete set of fixed and portable gas detection monitors to protect workers, responders, and the community. Macurco has 50 years of proven gas detection experience in residential, commercial, and industrial gas monitoring. Macurco gas detection systems (HVAC, Fire & Security, AimSafety, and TracXP) are widely recognized by distributors and users for their high performance and consistent reliability. 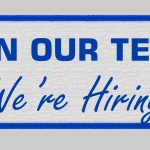